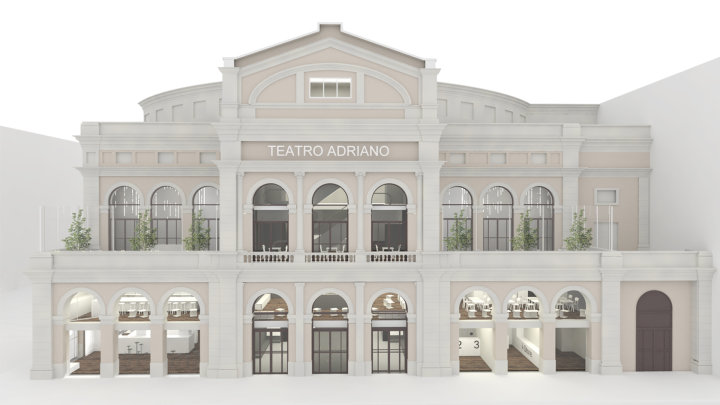 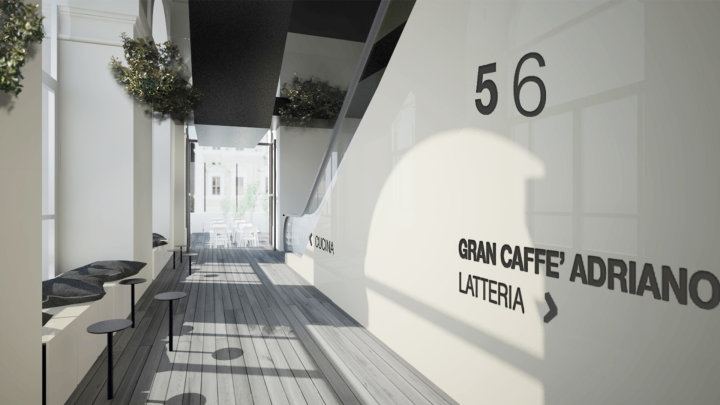 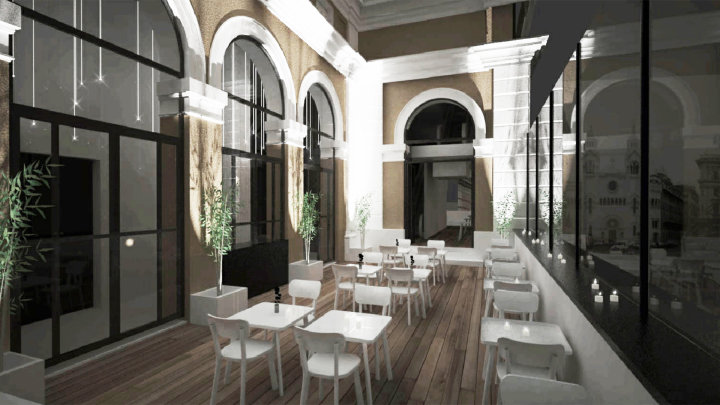 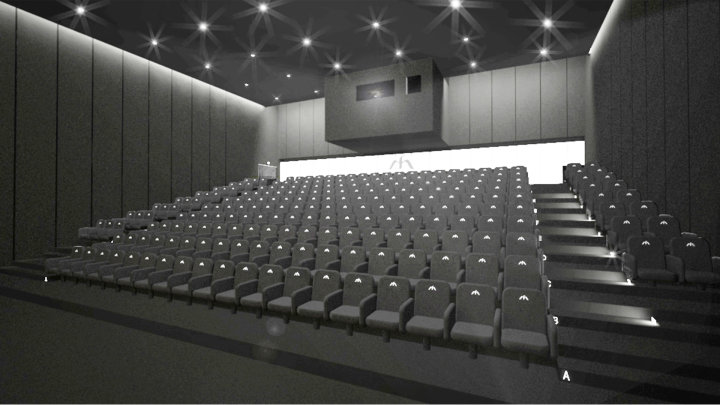 Teatro Adriano was the luxury theater of Prati neighborhood built in 1850 and now a multiplex cinema. In 1950, the theater underwent major changes that saw the building split in two and transformed into two cinemas with separate entrances: Cinema Adriano and Cinema Ariston. At the end of the nineties, as a result of profound works which involved the demolition of all the internal structures of both theaters, the entire building was transformed into Multiplex Adriano, with 10 cinemas. The building still maintains its original façade. The project for the renovation of Cinema Adriano throws a bridge to the past incorporating the atmosphere of modernity of the nineteenth century and looks to the future offering a mix of uses that resumes its original value of space for culture and sociality. In the new proposal Cinema Adriano offers leisure and shopping in the spaces between the projection rooms. The reopening of the originally existing Gran Caffè Adriano, a bistrot on two levels, the terraces overlooking the Piazza Cavour and an Imax theatre will transform the multiplex in a space for culture harmonious with the historical context.