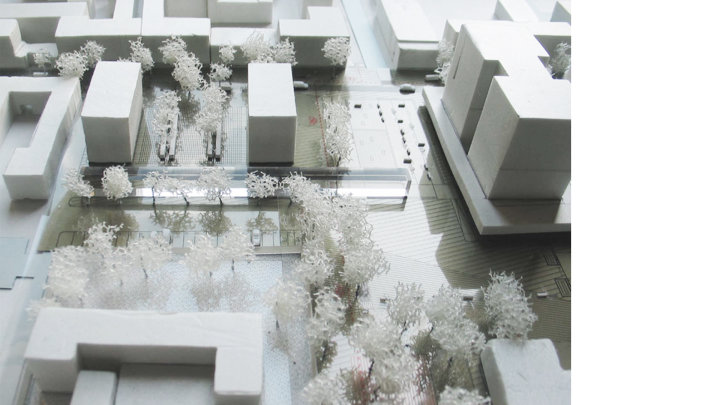 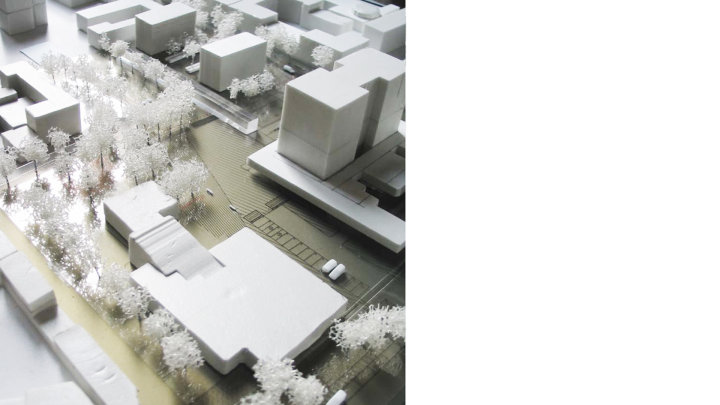 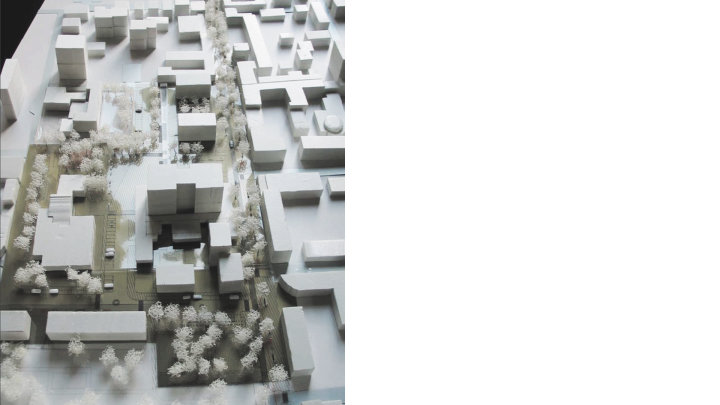 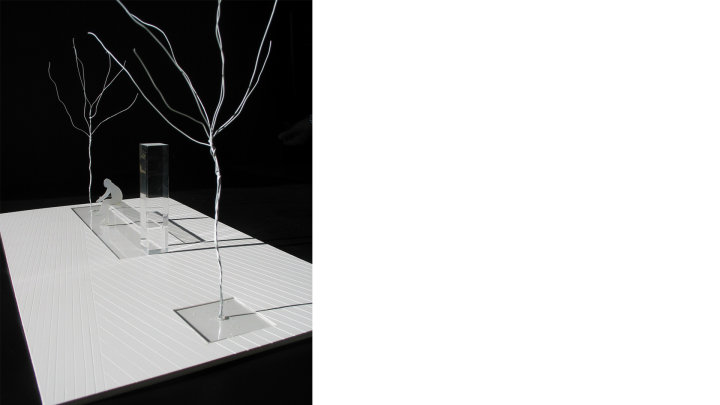 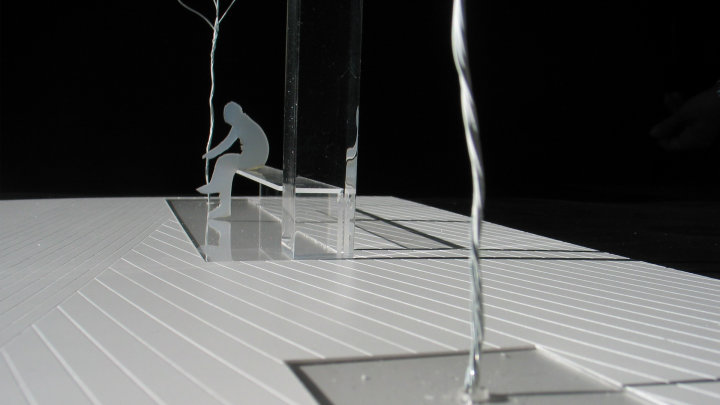 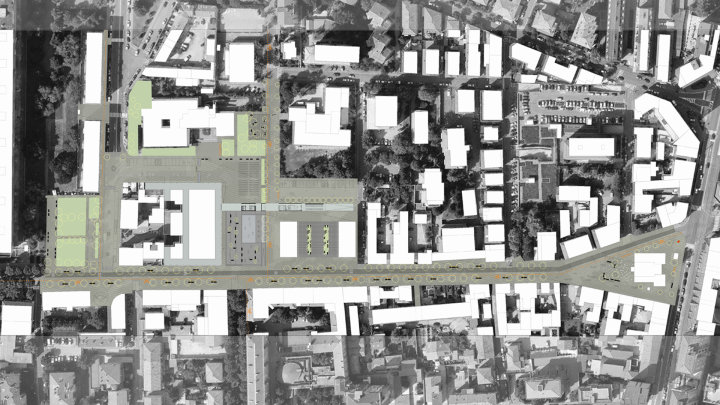 The proposed project proposes an organic and unitary pedestrian area along G. Matteotti Blvd. enhancing the potential of the site. The concept works on three integrated levels of definition: a single modular design that fits within the urban structure favoring an homogeneous view and at the same time allowing a specific declination of the different urban centrality; a system of lines on the ground that enhances the alternative pedestrian paths, connecting to the rich and diversified inner network of the city; an urban design that, together with tree and shrub species, introduces an additional level of complexity to the project with elements integrated to the paving of the square, forming a flexible and outstanding pedestrian area. Through these layers, the concept of a closed square is renewed to indicate a larger system, including a boulevard stretched between two poles able to create relationships, catalyzing the different paths that meander through the city and making them visible.